Hello,
I have noticed some issue with of previewing overlapped components.

I made many glyphs out of components, because the font is very complex.
But I did not notice the problem until recently – in inDesign (exported font). 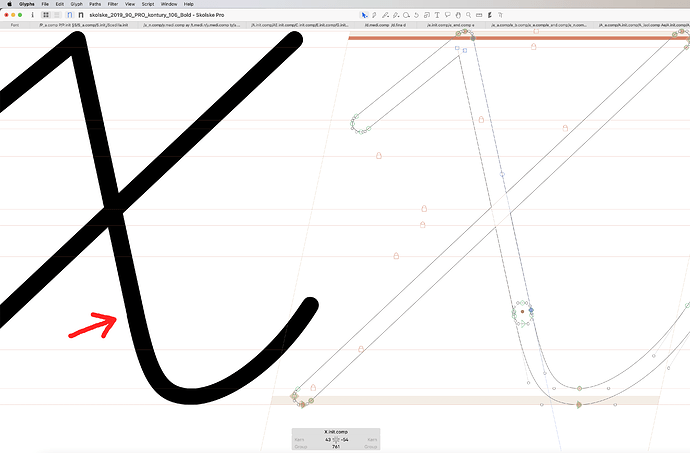 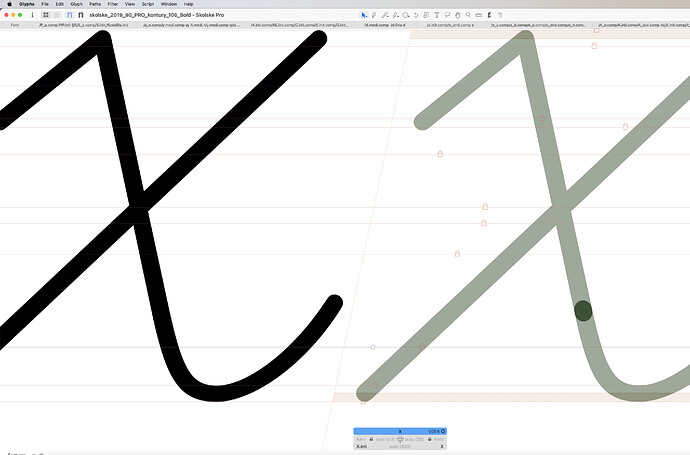 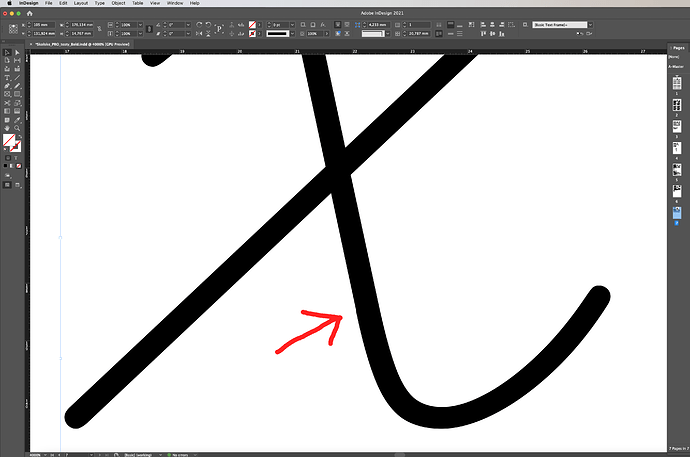 Do you think something can be done?

Appears to be a grid rounding issue. You can either find a better spot on the grid for each of the nodes, or move the nodes that need to be aligned on top of each other.

Yes, I know how to fix the problem. Actually in Glyphs 3 it is visible where the problems are. At least when I put contours on each other into one glyph.
But I do not see any problem when the glyph is made out of components. It does not show any problem (grid rounding issue) in Glyphsapp, only in exported font.

OTF export?
Can you send me the .glyphs file?