Problem exporting a font with alternates

Hi,
I’ve created a handwritten font that has (two) alternates in both capital letters and lowercase. When I export the font and have the opentype feature turned on, the alternates only appear on the lowercase and don’t work for the uppercase. See attached screenshot. Any idea what could be the problem?
Thanks!
Thanks! 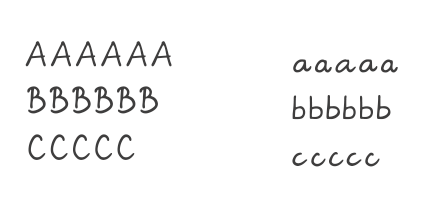 I tested the font in both photoshop and illustrator, and I did the Clean Chache procedure in the link you sent, but it made no difference. Here are a few screenshots of what my feature code looks like: 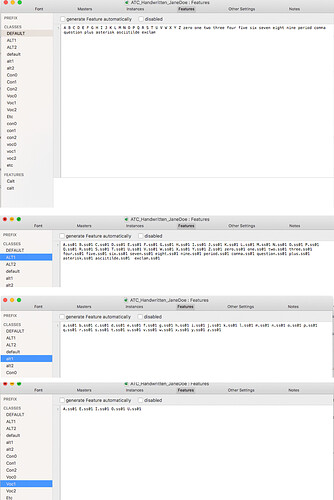 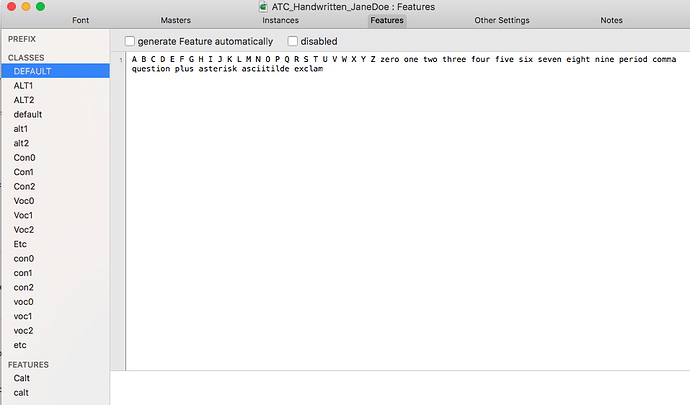 And your feature code? This are only the classes, you have to use them somewhere. 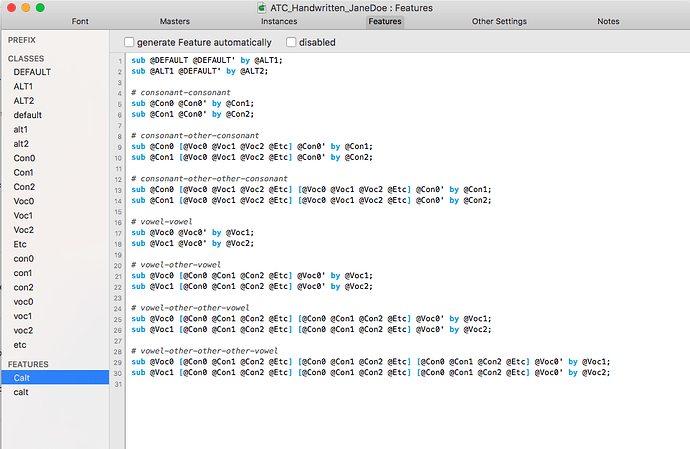 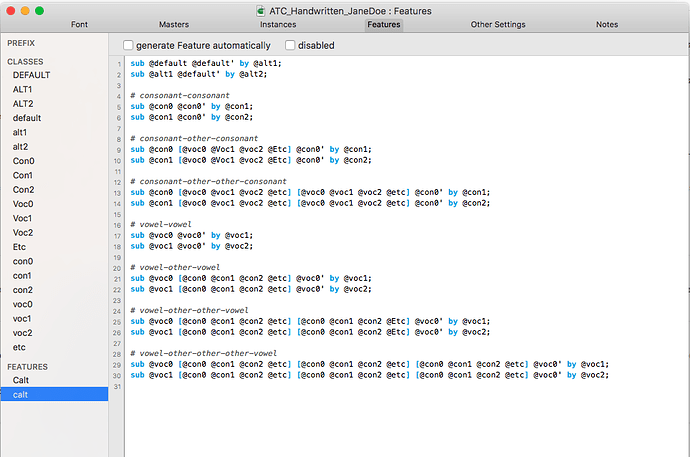 I should mention that the alternates work in the uppercase when I’m in Glyphs just fine. They only don’t work when I export the font.

There is no registered feature called Calt (note the capital letter). It should all go into calt. All you have to do is adjust the classes. But instead you duplicated them. Please take a minute to reread the tutorial, it is explained there.

Ok, yes! Thank you, that fixed it!

Actually I originally was doing it that way, but then was having problems when I started adding the lowercase which was what made me separate the lowercase and uppercase in that way for separate features.