I have two files, upright and italic, and I have built my quotedblleft with two quoterights as components and then used it to make quotedblright and quotedblbase. The method is the same in both files. However when exporting both otf and ttfs produce the following ONLY in the upright: 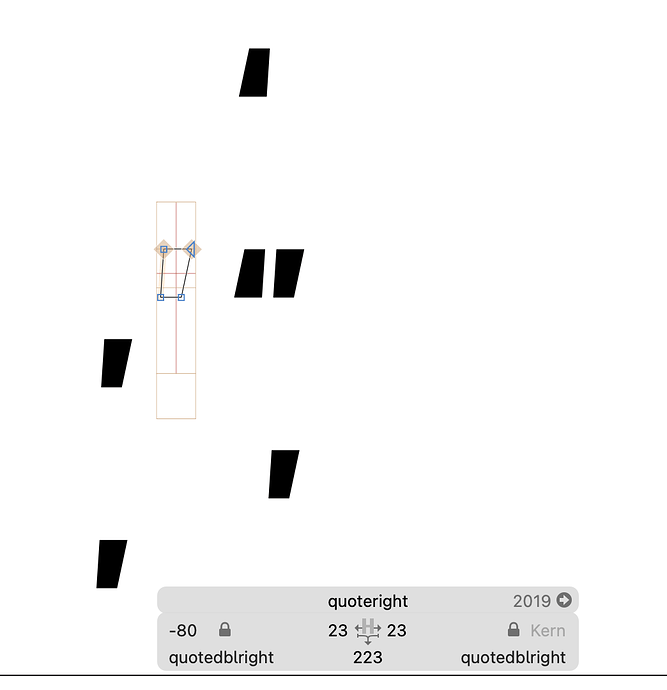 Is this some bug? Ideas?

Not sure what the screenshot is supposed to tell me.

But I recommend you keep the single quotes decomposed (paths only), and make the doubles composites. The Quote Manager script can help you with that.

The pairs of quotes on the left and right of quoteright are supposed to be on the same height (each pair)… Not 1000 units apart. This is the screenshot from the glyphs file. 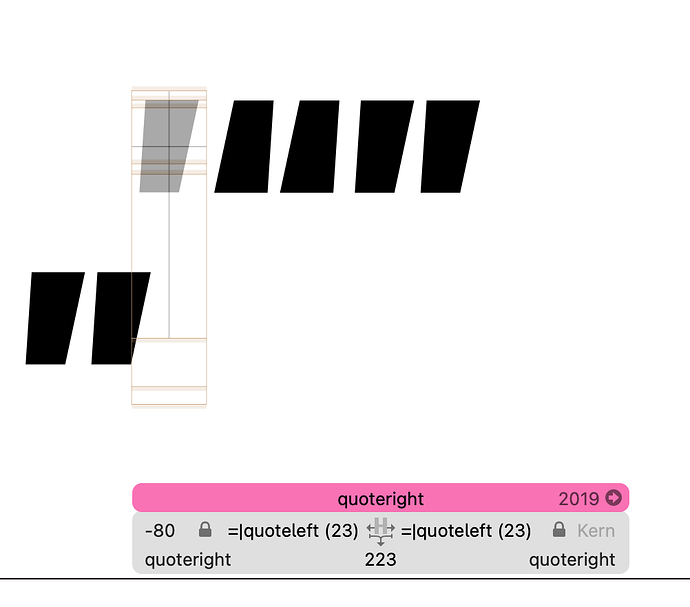 I changed the component I used and the problem is fixed. However that does not explain why the italic file was correct with the previous setup and the upright not.

Can you send me the file that produces the wrong positions?

I use #exit and #entry anchors for that.