I’m finding the brace trick extremely useful for my current project, since it’s close to monolinear in the lights but needs optical correction in the bolds, and I’m working with two masters only.

However, dependent glyphs don’t appear to be regenerated if a component has a braced layer. For instance, while my Regular /A interpolates gracefully thanks to /A’s brace layer, /Aacute does not and suffers from overcorrection. 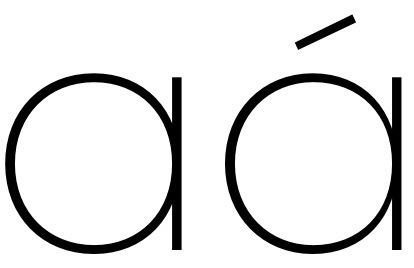 Could you implement Glyphs to propagate braced glyphs through dependent glyphs? Alternatively, does anyone have a script with which to automatize the generation of the missing brace layers?

Not inside Glyphs, but it does propagate in the exported font.

That is already fixed for the next version.