Punctuation not showing up when exporting to OTF

Hey everyone, first-time Glyph user, and I’m having a problem with exporting my new font. I made sure that the punctuation was in my project but when I export it doesn’t show up in the font book. any suggestions?

Which punctuation glyphs have you added/are in the Glyphs file and then missing in Font Book?

question mark, common, hyphen and period. None of them show up at all. @FlorianPircher

Do they show up when using the font in other applications? In Font Book, switch to the text input mode and type the desired characters. Do they show up there? 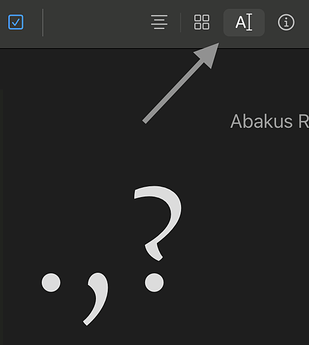 In Glyphs, are the punctuation marks shown with a gray rounded font? Like in the screenshot below:

In that case, the glyphs are still empty and need to be drawn to be visible in Font Book and other apps. Double-click one of those glyphs to open it in Edit View and add paths with the Draw tool.

They’re filled in and not gray. 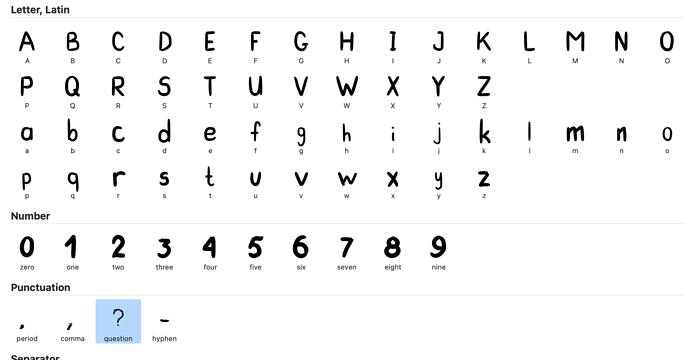 Looks OK to me. When you select a punctuation glyph, is there a blue capsule with a Unicode value next to the Unicode label in the bottom left of the window? 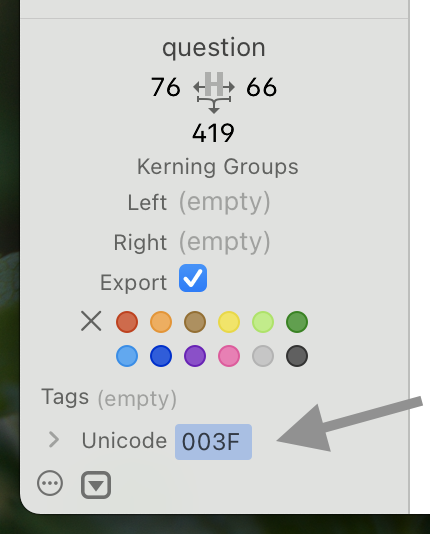 Since you’ve installed the font, another thing to consider is a font caching issue. If you had installed the font without punctuation before this export, then that might be part of the reason those glyphs are not showing up. One thing to try: rename the family name of the font, e.g., fontname T001.

Also, the info in the Eliminating Font Cache Problems tutorial might be useful.

No such luck, I’ve checked your method @FlorianPircher and I tried to clear the cache and renamed my font multiple times. 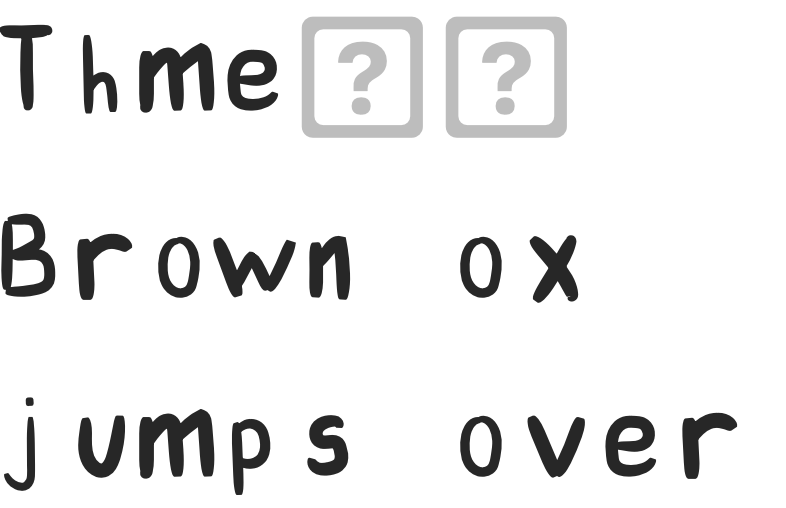 You can try a few things.
Remove all copies of the font and restart. Make sure that your test document doesn’t show the font any more.
To make sure that you see the font that you use exported, add a rect to one of the glyphs. If it not shows up, you know that you are looking at an old version.

Can you poste a screenshot of one of the glyphs in edit view?