I am trying to swap some glyphs with their alternate forms. But somehow it doesn’t work as expected. Or did I do something wrong ? 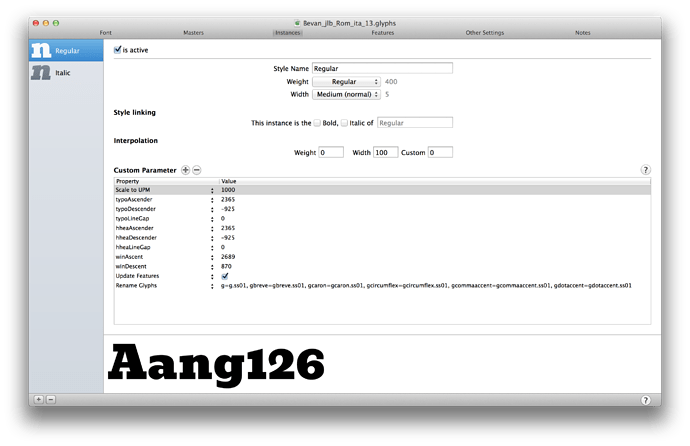 What is not working? Which result do you get?

In one glyphs file I have the Roman and the Italic. I added an alternate (cursive) /a/e, including the composed characters. The original a is a two storey a.

After exporting the /a/e/g were not swapped. They are still the original ones. 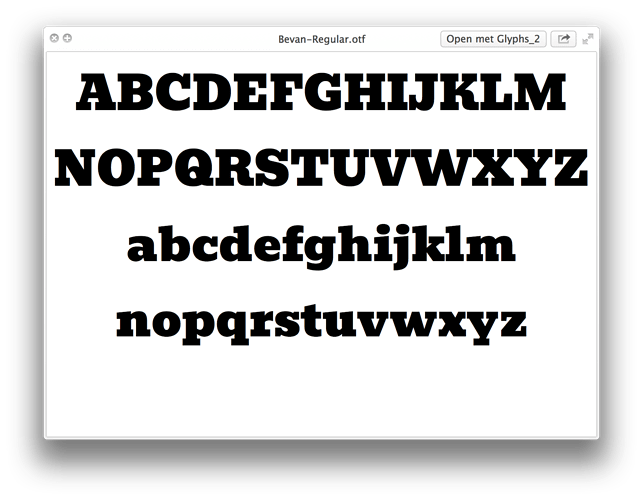 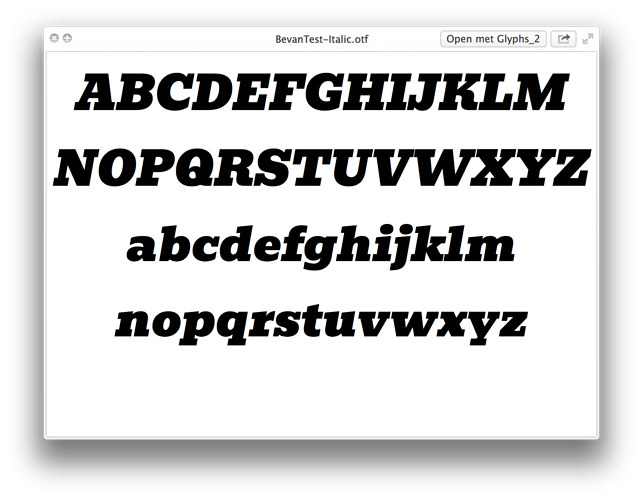 Careful. The Quicklook previews may be cached and therefore unreliable. Still best to use the Adobe Fonts Folder.

Which build version of Glyphs are you using?

I also tested it in Indesign, after generating OTFs into the Adobe Fonts folder. Also generated TTFs into other folder. Still nothing. 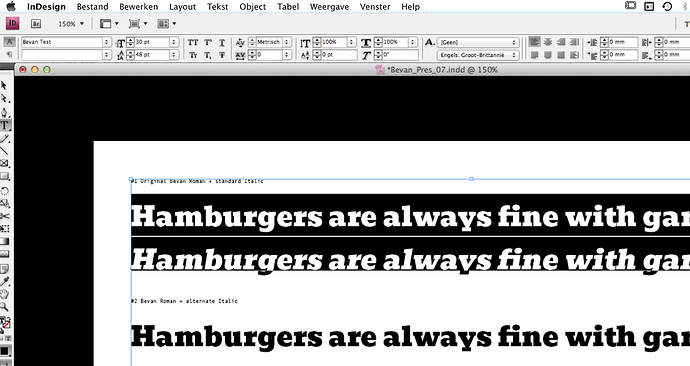 I can send you the glyphs file, if you want.

I can send you the glyphs file, if you want.

Did you receive my mail ?

I did. Just a moment please.

just wanted to be sure. No hurry !

The problem is: you have to put one replacement rule per line in the interface: 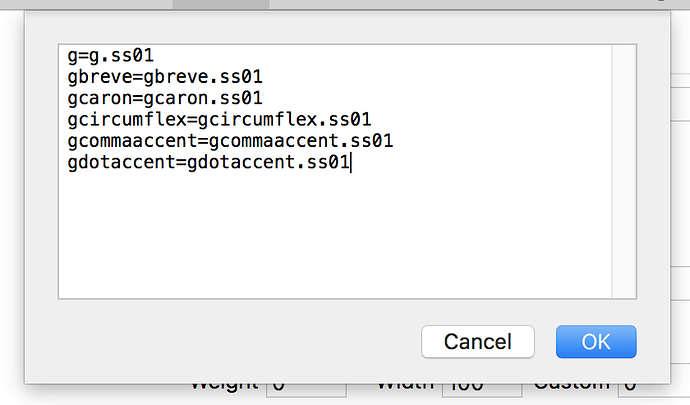