Replace a shape by another all across the font

Hello, is any script or function to select a shape (could be a serif or any shape that is being used a lot) and replace it by another all around the font? thanks for the help

You mean path that is repeated/duplicated? I’m working on something. But it will take a bit more time.

If you work from the start with corner and cap components, they are easy to replace, but I suppose you have a project with many existing outlines…?

You are right, I have many dots that should be stars. Thousand of them.

You are right, I have many dots that should be stars. Thousand of them.

Can you post a screenshot? Are all paths dots that should be stars? Would this method work for you: measure all path bounding boxes, and insert a star component in the right scale? 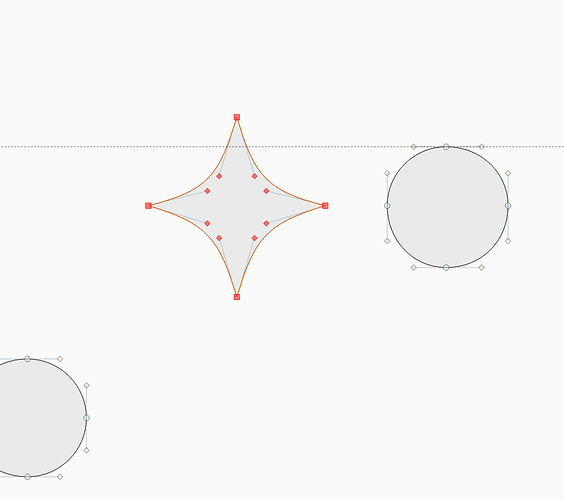 I want to find all circles and replace by all stars

to help, there is a find outline/replace outline option in fontlab that is not actually replacing fine.

Ale, can you send me the file, so I can have a look?

I had a look at your file, and all paths have the same shape. I just wrote a script for that in mekkablue scripts > Components > Replace all Paths with Component. It should be pretty self-explanatory. 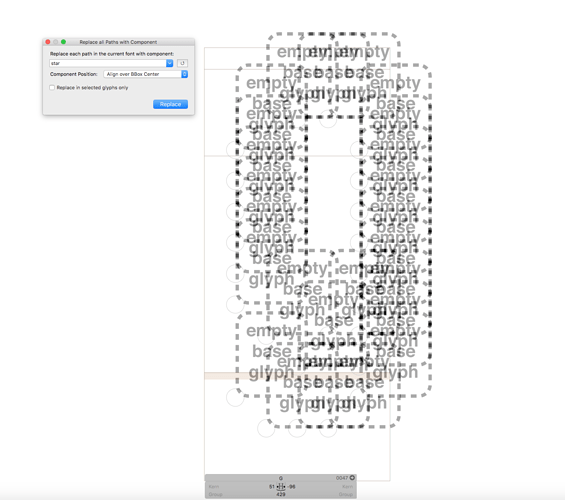 There is a glyph called ‘star’ but it has no outlines.

Fixing this: Copy one of the star outlines into the glyph star, move it over the origin point, that should fix it.

Starting anew: Go into your glyph with the star outlines, select a star by double clicking, right click and choose Component from Selection, call it _star. Then run the script.

Also, I just found a bug in the script that may have created this situation. Let me upload the new version. Update: fixed. Please get the new version and try again,

you both are genious, thanks!