In RTL, the guillemet, brace, paren, and bracket switch from right to left to left to right.

Can you be more specific about what is not working?

I think I know. Copy this text:

I added an RTL marker at the beginning, for clarity. Here is its representation in the UnicodeChecker Split Up view: 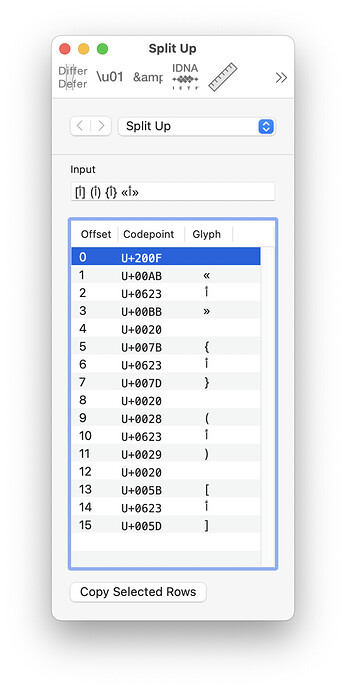 And paste it in an RTL tab:

Typically, the layout engine is supposed to switch mirrored characters. Window > Text Preview does it correctly: 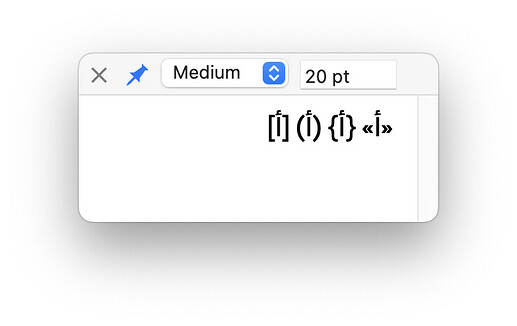 Question: should the Edit tab, which typically refrains from doing layout engine tasks, do mirroring? Or is this the task for a script or a palette plug-in?

UPDATE: I added a mekkablue script in the Glyph Names, Notes and Unicode subfolder called Switch Mirrored Characters, which does exactly that.

You script Glyph Names, Notes and Unicode subfolder called Switch Mirrored Characters works perfectly to be able to have the correct direction in the RTL Tab to be able to kern.

Will this be done automatically in the new Glyphs updates?

There are some difficulties with this because Glyphs is more of a glyph editor than a text editor. However, we are planing to add features for Glyphs’ Edit View that will make working with RTL glyphs more similar to a conventional text editor. Respecting Unicode mirroring is on the list.