Is there any kind of a shining plugin available for Glyphs ?

I really don’t want to take all the glyphs and do it manually, I need something Computer Generated.

This is what I am talking about : 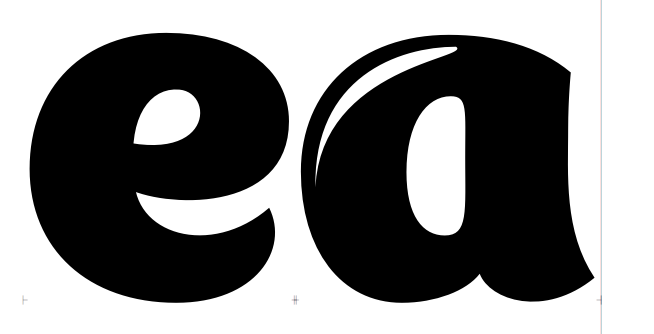 I don’t know of any app that has a functionality like this.

In principle, one must draw the letters “manually”, it is much better

I was wondering if this kind of plugin is available for Glyphs too.

IIRC this is not an available plugin, also not for Robofont. I believe it is custom software written by Andy for that specific font. So if you want something this specific too, you will have to code it yourself.

From your experience, it is hard to code a script like that? It is written in python ?

I believe it was written in Python. But you would have to ask Andy of course. Path manipulations can be difficult, because we are dealing with an outline format, which does not know anything about the skeleton structure of your letters. In other words, the cold is not the difficulty, but the algorithm, e.g. to find the right spot for your white shine.

I think it’s faster to do it manually than to figure out the maths and code it. I certainly can’t do it. The easiest way is to apply a similar Photoshop layer effect, make it Black/White, and use the image as reference for tracing.

You could script that, including the autotracing of the image. But the outline quality will be horrible, I am afraid.

Even with a dedicated script that does exactly Mike describes, it won’t be much better than Ps+tracing script. After all, Andy’s script is nowhere near perfect and he himself says it needs a lot of manual correction.

The Photoshop + trace suggestion is a good one. Andy Clymer’s program was written to create much more complex art than what is shown in the original post. If you’re just going for the Cooper Hilite look Photshop and trace is likely to take less time than coding something.