Hi, any tips on how to avoid white overlap when using components made using LetterInk?? 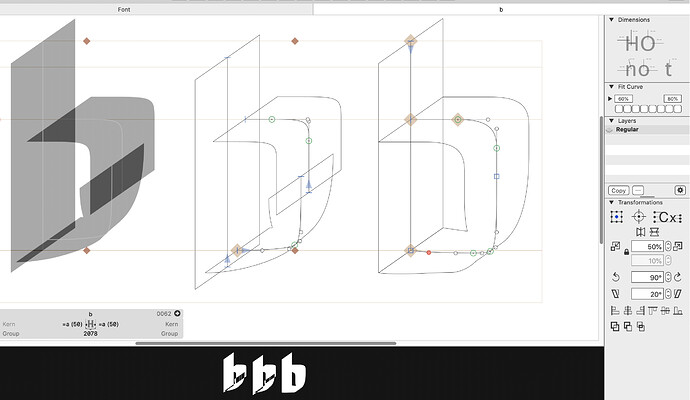 Have you tried to change the path direction of the component’s skeleton?

It should always produce a counter clockwise path.

thanks, am I doing something wrong?
in the b in the right, the upper part of the b elbow is clock-wise, then it renders (and exports) as intended: 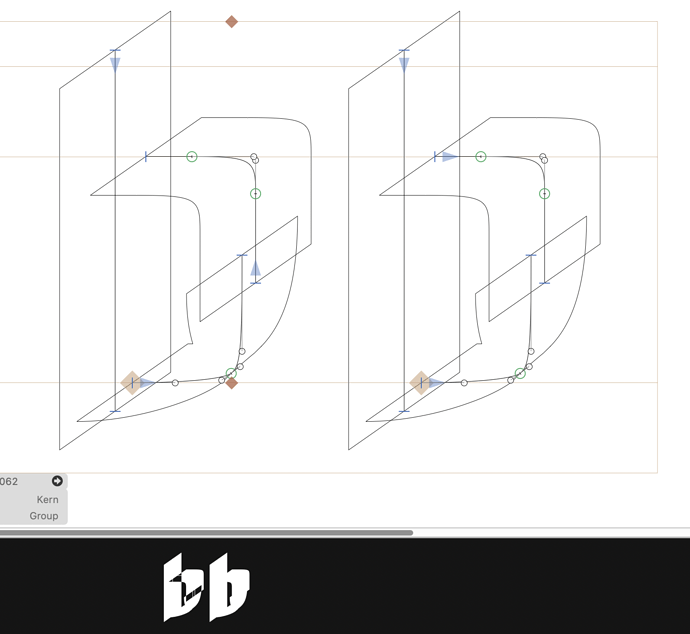 Make sure they all have the same orientation.

about the orientation, this solved it:

tried correcting the path directions of every component, but I still got the white overlap.

Letterink’s outline path always starts at the lighter nib handle and follows the direction of the skeleton curve. There is some fine tuning for special cases but your glyph seems to be free of them.

For example, on the following drawing, the outline starts bottom right and follows the red arrows. 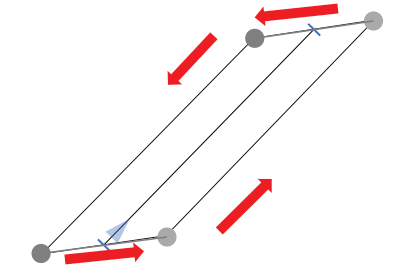 PS: It might be wise to back up your glyphs file before making outlines so you can recover if something bad happen as the Make outlines is one-way by design (there is no way how to go from outlines back to a skeleton except the Edit - Undo). 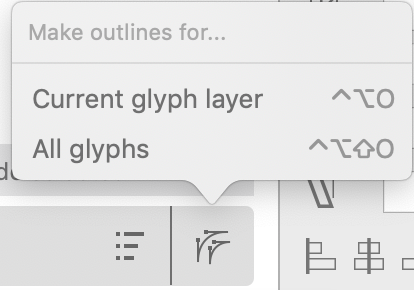 Open curves do not really have an orientation. What counts is the direction of the outline generated by letterink.

@MartinCetkovsky hey, thanks for chiming in, great plugin! just started using it and getting the hang of it, funnest plugin