it gives a good looking when use it on pages and MS word. but when previewing the exported pdf on adobe acrobat on mac and iphone and android it shows broken paths.

NO broken paths seen on preview app or another pdf viewers other than adobe acrobat/reader. 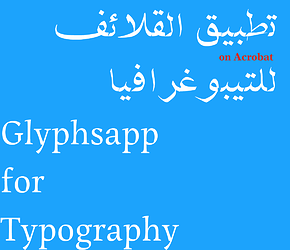 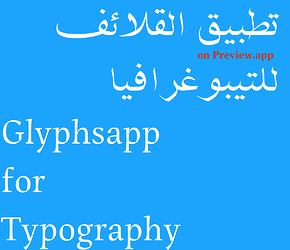 That has to to with path direction and/or with not removed overlap. https://glyphsapp.com/tutorials/drawing-good-paths

Actually I have did my best to look for path problems (to correct). or export customization faults from my side (i.e not removed overlap) But the exported ttfs from glyphs still show the same problem(s)

I have tried other software (full function trial fontlab vi):
the exported font from FLVI worked well without any problems in pdf or direct indesign rendering of the same font.

Can you check if the glyphs have TrueType outlines? The Remove Overlap can’t (yet) handle them. Convert them to cubic curves (Path menu > Other > Convert to Cubic curves).

@GeorgSeifert
Little confused, have the fonts glyphs converted to cubic at once?
I have did that before exporting the font

because when on glyph view i select all glyphs then (Path menu > Other > Convert to Cubic curves) -> all changes saved.

but after that when go to an individual glyph in edit view then (Path menu > Other > Convert to Cubic curves) there is a pop up alert:
This glyph has low level instructions
The font was imported from a TrueType font that already had instructions. Converting outlines, the instructions will become invalid.

Overlaps in TrueType would not be a problem, if some appropriate bit is set, but this fonts has no overlaps, and most path directions are fine. Could it be the low level hinting instructions don’t play nice with Adobe?

Lucas is right. I should have looked at the file.

@LucasFonts
If that is the case
does the glyphs.app exportation need to be more advanced to resolve such issues?
Because as i mentioned above FLVI exported the same font to TT without any rendering problems in adobe products either in pdfs or indesign
@GeorgSeifert

Can you send me the .glyphs file? I could have a look.

In File > Font Info > Font, you can get rid of many of the custom parameters. Consider deleting panose, glyphOrder. And in Masters, you can delete them all CVT Table, Fpgm Table Assembly, Prep Table Assembly. These were probably causing the display glitch.

@mekkablue
Thanks
I’ll do that.