I was thinking of moving the concept of having a all in one control center to Glyphs.
I like the idea from other apps like spotlight, evernote, autocad.
I find myself using these a lot when available so i gave it a try in Glyphs and must say i love it.

I’d love some feedback and suggestions before i put more work into it.

That looks great. Good idea. If you need an help.
And it probably needs a way to be extended by the user to add their own commands.

I love that idea, too! I will happily offer my help as well, if you want.

And it probably needs a way to be extended by the user to add their own commands.

Most definitely! Though i have no idea how would i do that…

Thanks for the support guys! Means a lot. Here’s some new ideas:

Here’s the current file. It’s currently a script, i think it’s faster to develop this way.

My thought about input: keep all the command input lowercase only – no caps or camelcase. It will be much easier on the user that way.

I’ll play around with it a bit.
some early throughs:

I would not use vanilla but cocoa directly. For special stuff like this it is much easier.

Do you have any examples for that? I tried the xcode interface builder but i couldn’t find a way to remove the title bar or the buttons.

Command Line is a much better name

Thanks for the suggestions! I’ll look into it soon.

I would like to put a thought up for consideration.

Since the Macro Panel is somewhat like a Terminal window already why not integrate Spotlight into that, perhaps as a sub-panel?

I see the point of having something that can be brought up quickly to run certain commands. People use the Help menu search like that already. 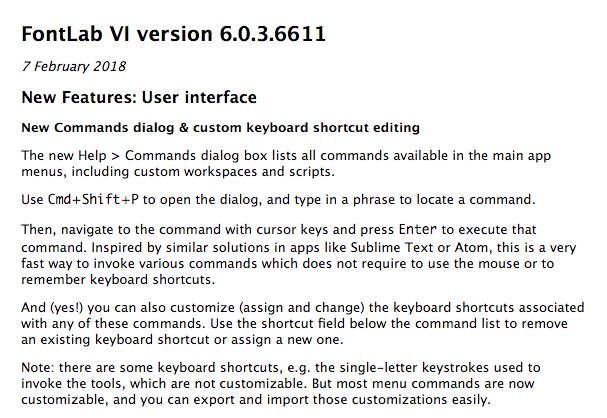 I know this is an old thread, but I’m really missing something like this, at least to run scripts easily without to having to hunt for the right one. Would gladly pay for a plugin that did that.

If you know some of the name of the script, type it into the search filed in the Help menu.

This is handy in many applications!