When using ligatures in some of my fonts, InDesign shows a strange behavior, e.g. »ff« is replaced by the ff-ligature, but overlayed with space. This only happens in InDesign (CC20/v15), in Illustrator, Photohop and TextEdit it works as expected. Adding a caret-anchcor doesn’t help.
In the pic: 1. ff without ligature, 2 ff-ligature (marked with a line for testing), 3. space. 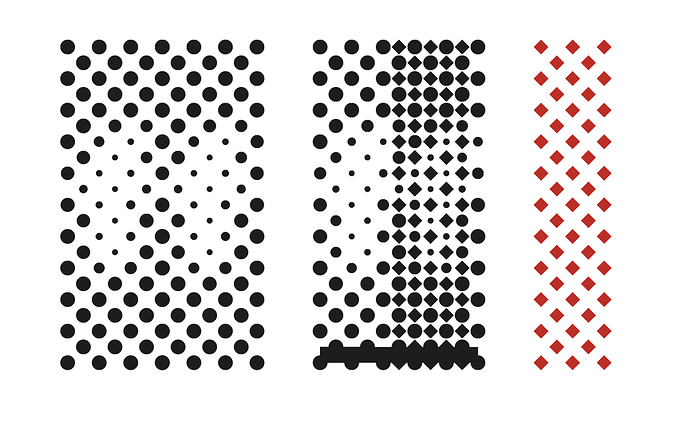 InDesign has been handling ligatures like this for a long time. To be on the safe side, you can not use any ligatures when the space glyph contains outlines.

What happens when you leave the space glyph blank and replace it by an alternate space glyph containing your pattern via the Contextual Alternates feature? Maybe the glyph InDesign uses internally for ligatures will not be swapped.

This could work, but I prefer to make it as easy as possible for the user and rather would remove the ligatures. Discretionary ligatures will surely be handled the same way, I think.