While debugging OpenType features I often need to disable particular lookups to check their behaviour. Instead of adding a # in every line of code, and then having to remove it later, it would be handy to have a toggle of some sort, maybe something like this? 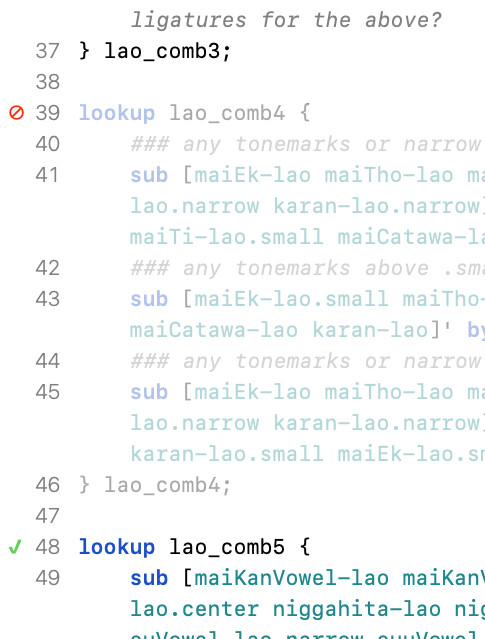 In Glyphs 3.2, you can add a standalone before lookup. This will take it out of the feature and thous deactivate it.

It is usually intended to declare lookups that are needed in other rules. Those are usually declared outside of the feature and that would mean in Glyphs that you need to put it a Prefix, far away from where you need it.