Just figuring out alignment zones on a multi-script family. Here are some ideas:

No settings for BlueShift and BlueFuzz?

blueShift is available as a custom parameter. blueFuzz is deprecated, but you can use my BlueFuzzer script to replicate the functionality.

I have a plan for a rather big change in how alignment zones are handled. That would cover most of your requests.

The validation is indeed a good idea.

The main problem is that the number of zones is rather limited and you can have only one set for all glyphs/scrips. CJK fonts can handle these things but that mechanism isn’t supported for all other scripts.

the number of zones is rather limited

Yes, that’s what motivated my question. It’s a struggle to choose alignment zones when dealing with more than one script. If they had names and were switch-offable it would be easier to test different options. And different subsets could utilise different alignment zone configurations.

blueShift is available as a custom parameter.

I can’t find this, is it called something different?

I have a plan for a rather big change in how alignment zones are handled.

Look forward to seeing it!

I can’t find this [blueShift], is it called something different?

That custom parameter is at the Font level. fyi.

alignment zones on a multi-script family

I have a plan for a rather big change in how alignment zones are handled. That would cover most of your requests.

Is there any progress with this issue?

The change is really big, involves rewrite of a lot of UI. I’ll start with that soon, I hope.

We certainly did not forget about it

BTW where is your customZones plugin? I couldn’t see it on GitHub.

where is your customZones plugin

That one was just for you at that time. You were my beta tester, and I would publish it eventually. Then I guess I kind of forgot about it.

Ah, you really are marvellous!

I think there was some question of whether custom alignment zones could be implemented in the font, as in the blue zones, rather than just as a reporter plugin. Was there any progress, @GeorgSeifert, about whether different scripts could have different baseline settings in an OTF?

One more suggestion in addition to @Bendy’s
Is to have on the view menu an option of (turn On/ Off) “Show Alignment Zones”
It is needed when editing multi-layer glyph which may contain paths in background also; While
Inactive layers are kept turned on as references to the process of drawing or adjusting Paths of the active layer;
It becomes very hard to differentiate between all paths in overlapping areas of Alignment Zones. 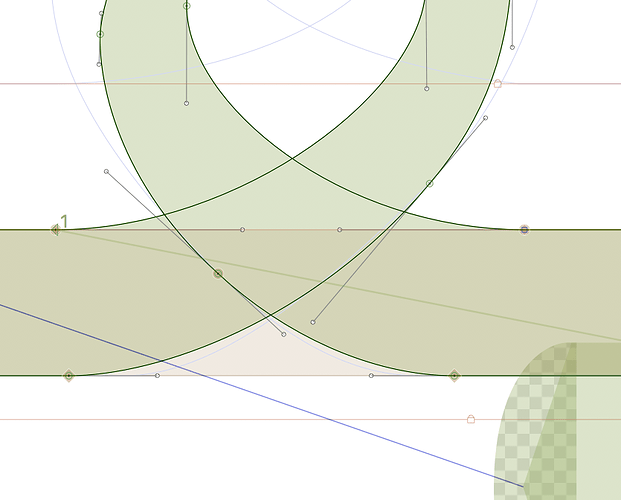 Was there any update on this at all? I’m in a similar position to @Bendy where I need to generate an instance including Thai, with the other instances not having additional Alignment Zones.