Hi,
Could be interesting the possibilty to change the transparency of image used for background.

do you need it more transparent or less?

Would also like this feature maybe a slider to adjust transparency of the background.

Again, do you need it more opaque or more transparent? And why?

I think a slider would be helpful. Sometimes a scanned image comes out too light and the transparency would be better reduced (or the image darkened), sometimes the other way.

I need to make the background more transparent.
See my sample.

Thanks in advance. ET 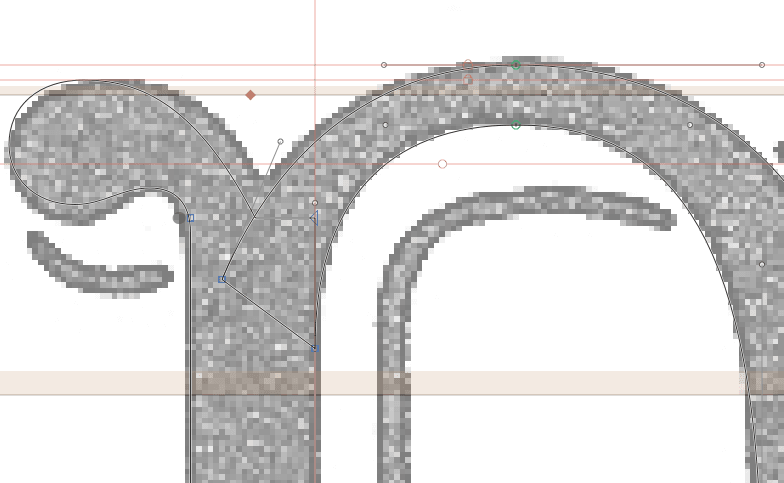 Does anybody know whether this feature has been added? I’m finding myself in the same boat as @etunni and a quick search brought up this thread, which never seemed to be resolved. I suppose I can open my scanned image in Photoshop, modify the opacity, and then re-import into Glyphs but that seems a bit excessive. Would be a great feature!

What version so you have?

You do not need to reimport. Just run a filter across the image folder.

I added an backgroundImage.alpha property. It can be set between 10% and 100%. There is no UI for now, but can be set from the macro window:

This will be available in version 863.

Awesome, thanks very much!

I just uploaded the new version. You need to activate “Cutting edge versions” in Preferences > Updates.

Before you update, duplicate the app, rename one to ‘Glyphs Beta’ and only update this one. You might need to keep/use the stabile version for you production work.

Is there any way to keep a stable version of Glyphs without the need to duplicate and rename the Glyphs app if using beta releases as they can automatically update any stable release that is installed.

I have version Version 2.3b (865) installed and it will no longer export to the Library>fonts destination folder of Adobe indesign/Illustrator.
I cannot see the Font Instances export section at all within Glyphs Version 2.3b (865) as it constantly crashes also I have sent a number of crash reports regarding my problem.

I use version 1.4.5 (614) to export these files into the Library>fonts destination folder of Adobe Indesign/illustrator.

It will only update if you confirm, or you can turn off the automatic update check in the preferences. You can also rename the stable version btw. And if you do accidentally update the wrong one, the replaced app is in the Trash bin.

Very likely. Please always send the crash reports with the Glyphs logo, as described in the handbook.

Version 866 (from last night) should solve the crash.

No its still happening sent another crash report.