I’m (still) working on a script typeface of my own. Each lowercase has a different drawing corresponding to its location in a word/phrase. By default, a letter is median (in my font) and has no suffix. For the others, I used .init .fina and .iso. Here is the code I have in my contextual alternate feature :

And since yesterday, when I export the font, InDesign seems not to care about the code I’m using. I’m using this code for an other script typeface, and for some reason, it works. Any idea on how to fix that?

Thanks a lot for taking the time with my problem. 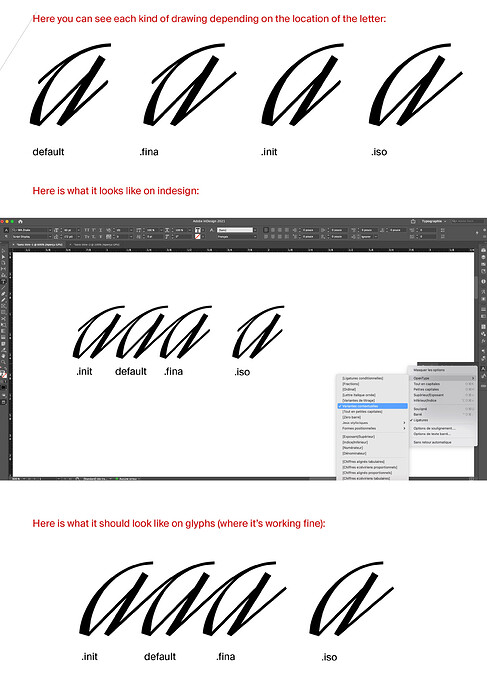 InDesign seems not to care about the code

So this is everything I did in order to make it work, so it’s quite weird.

I just double-checked all of that, and still, it does not work.

Thank you so much Rainer! Btw, great lecture last week, especially the more “nerdy” part at the end!