TT Hinting: named zones to ensure a gap to base glyph

According to the manual accents are supposed to have a named anchor to keep a little space between the base glyph and the accent, right? This works in most cases, but also somtimes not. In some sizes it does the opposite. In my example, if the anchor is set to auto, the accents is at the right position (with a one px gap), if I set it to the capitalHeight zone, it shifts it down and touches the base glyphs. 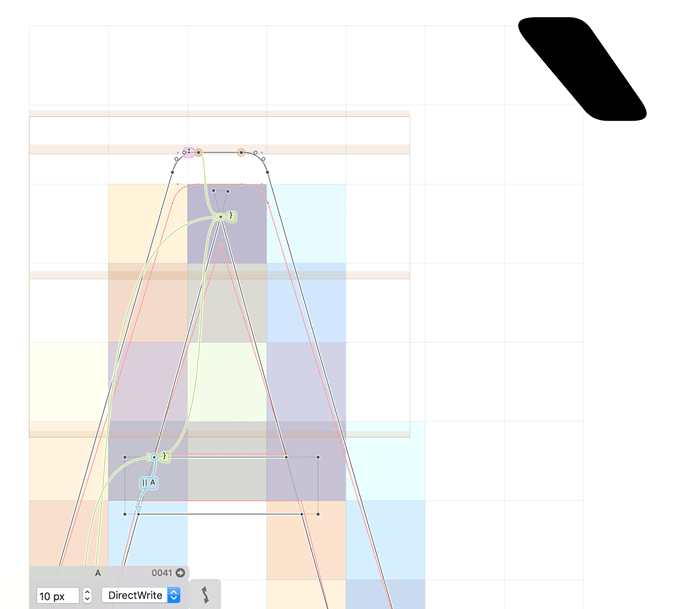 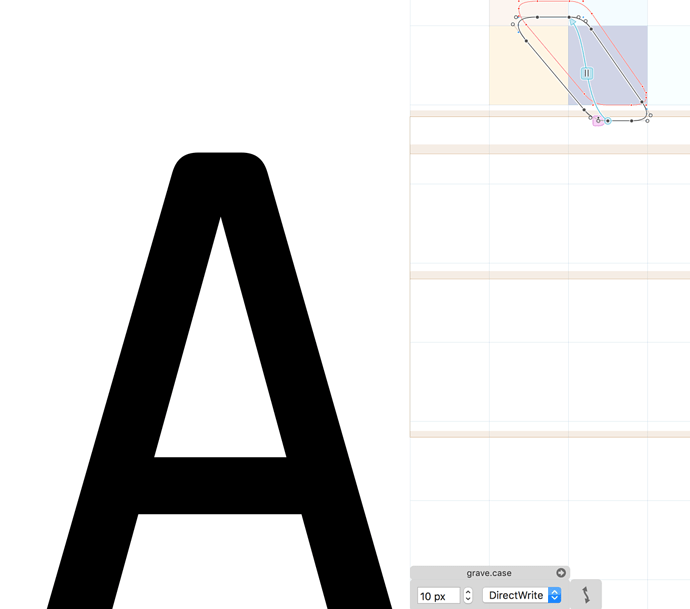 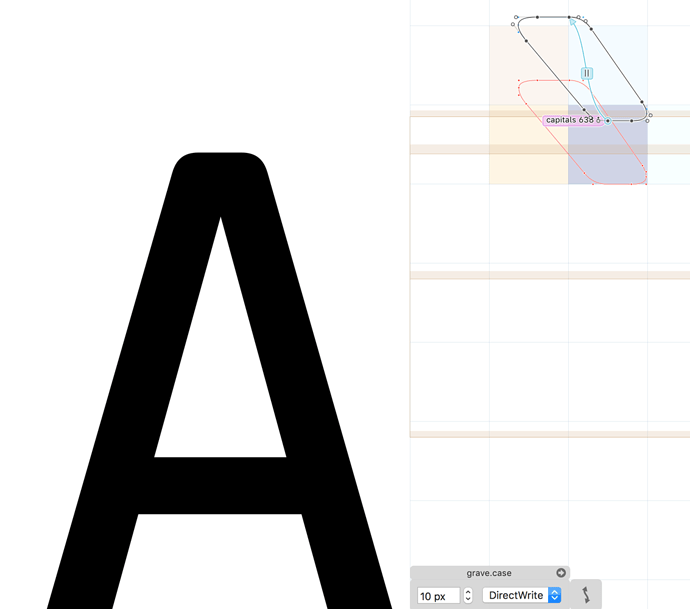 For accents, add an anchor as you did and select the zone that is right below the accents (like in the third screenshot. That seems to be right. Can you send me the file?

I see. The anchor that is connected to a zone is not meant to have a min distances to that zone (even if that might be useful in times). It just follows it when the zone is rounded up and down. There are two options. First, disable the rounding of the anchor. That means it will keep a proportional distance. It looks a bit fuzzy in smaller sizes but better than before. Or always round up. That makes it work well in smaller sizes but produces a bigger gap in some bigger sizes.

I’ll see if I can improve this.

I’m a bit confused. The manual explains:
Any of the named zones will keep it at a distance to the indicated zone, and make sure the snapped node will not fall on the ‘wrong’ side of the zone. This is intended for keeping gaps alive, not for snapping to a zone. Use it for accents so they don’t touch their base glyphs, e.g., use it for the dot of your lowercase i.

Does that just mean it doesn’t extend beyond that zone?

That wording is not entirely correct. Sorry.