When exporting a variable font with three axes it shows different spacing problems on seemingly random character pairings. In the Glyphs file the Spacing and Kerning of the Characters is the same.
Screenshot 1: Light
Screenshot 2: Bold (There is no “Space” between “T” and “e” or elsewhere…)

Is there any known solution for this problem?
Thanks in advance! 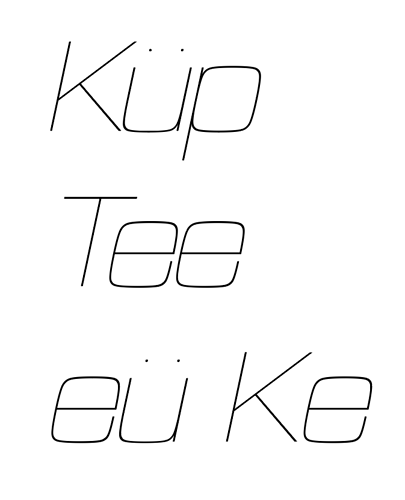 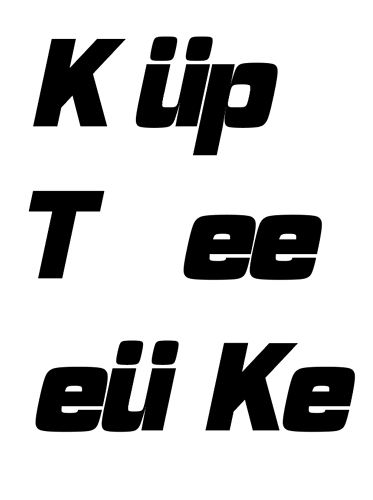 Is this happening with glyphs made from components? I just yesterday found a problem with spacing and components. But is seems to be a problem with the format and not with the way the file is written by Glyphs. I need to investigate this.

Hello Georg, No there are no components (except akzents – but that doesn’t seem to be the problem here.
The strange thing is that the problem varies from application to application (e.g… Illustrator, Axis Praxis)

Illustrator has serious problems with variable fonts. Specifically with the variation of the width.

Can you send me the .glyphs and the .ttf file?

Yes I send you the file via mail!
Thanks for looking in to it

That is a problem with the components (in accented letters). I reported it but didn’t hear back from them.

Hello Georg, Did you find a solution for the problem yet? I am updated to the newest version of glyphs. The Spacing of Characters build with components is still messed up in online-applications (Axis-Praxis). It is working in illustrator… (Screenshots)

Thanks for looking into it! I can send you the glyphs-file if you want?

All the Best,
Elias 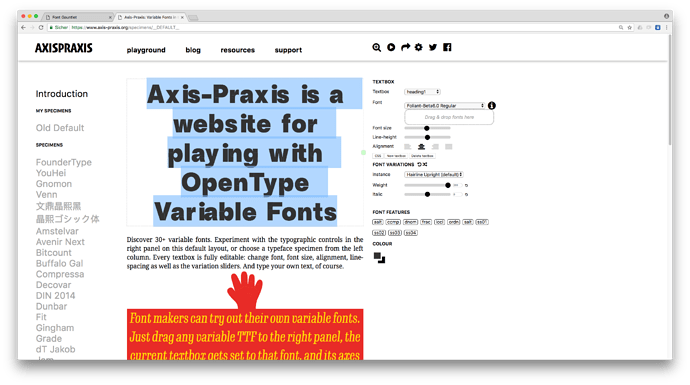 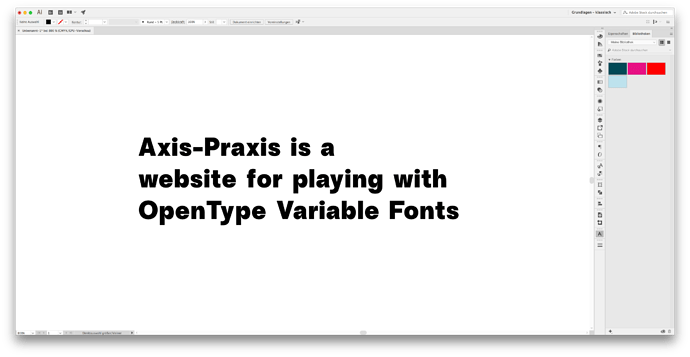 This is a bug in MacOS. Adding an HVAR table might reduce the problem but the proper fix has to come from Apple.

How can this HVAR table be inserted? Is there a manual that you can follow?

@Erkin @GeorgSeifert I‘d be interested to know this as well!

I need to add support for HVAR in Glyphs. I’ll see if I find some time for it, soon.

Curious if the HVAR support has been added?

Just received a heads up from one of my customers using an edge case, harfbuzz on a manually created display tool, letting me know that the lack of an HVAR table might be the reason the font is not working properly on his set up. Is there a way to manually built the HVAR table, say from fontmake or something similar?

On what platform is he running Harfbuzz?

A HVAR table might help in some situations but in a lot others it will not. It is very easy to build a glyph where the side bearing is not interpolating linearly.

HVAR is only intended for CFF2 fonts, and not in TTF based fonts as Glyphs exports them.

HVAR can be added to any type of variable font. But specially the LSB part of it is not useful as I mentioned already.