The list of glyphs as it appears in the font window is oddly non-alphabetical in places. I believe the sorting uses the middle suffix (.loclHUN, .loclPLK, .long, and .medium in the following screenshot) rather than the actual beginning of the glyph name.

Definitely a minor problem, but still… 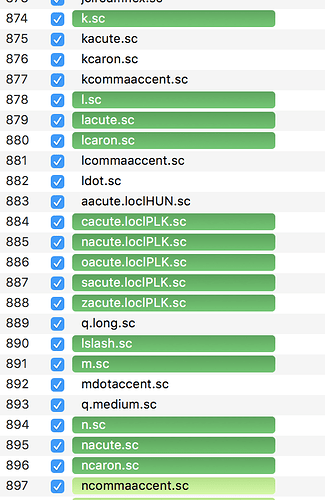 Seen this before too but couldn’t figure it out. Thanks for reporting and the hypothesis, I wouldn’t have guessed.

you can write a small script that prints the ‘sortName’ if each glyph. That will tell you what happens.