Why are kern groups not copied to diacritic combing glyphs of same name?

I had identified and labeled all the kerning groups of base glyphs. Then I generated their corresponding component glyphs with diacritics. The glyphs generated perfectly and were automatically given the anchor placement of the base glyph, however, none of the kerning group names were transferred. This seems to be what should happen. Is there a fix beyond manual naming? 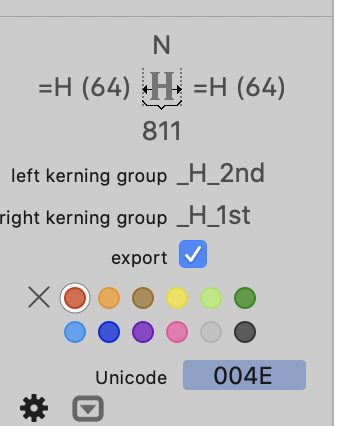 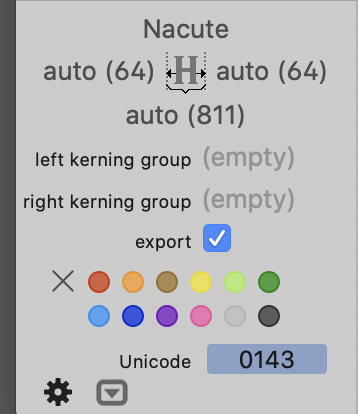 For this, Georg wrote a script called Set Kerning Groups and it is now part of the mekkablue scripts, in the Kerning submenu.

I will try that for the rest. I have already done one case by hand.

It seems that this should be built in to the main application, perhaps with a checkbox to turn on or off?
The sidebearings and anchors already do.

I just did and it worked fine, Thanks!

should be built in to the main application

We are discussing it. Thank you for your fresh look at Glyphs. Some things we have become very accustomed to already.

I advocated for this a while ago, it would really be very helpful (especially for people who aren’t as invested in Glyphs and might not be aware of the respective script).

I agree, this would be very helpful. There are exceptions thought. Glyphs with horn (ohorn, uhorn), alternative caron (dcaron, lcaron, tcaron, Lcaron), sometimes slash (lslash, Lslash, oslash, Oslash) often require special attention. So perhaps a warning showing a list of problematic glyphs would be helpful.
I would also apply this to ligatures. Automatic groups would be nice. The Set Kerning Groups script does not assign groups f and i to f_i.liga at the moment.

The warnings would be nice but at least then you only have to fix a small number of exceptions instead of the entire inventory of glyphs.

I see your point. I’ll have a look.