I am working on a project with multiple masters and corner components as inktraps.
Somehow not all corner components get exportet correctly, some not at all, some only in instances and some withouth their alignment.

And this is them rendered in InDesign: 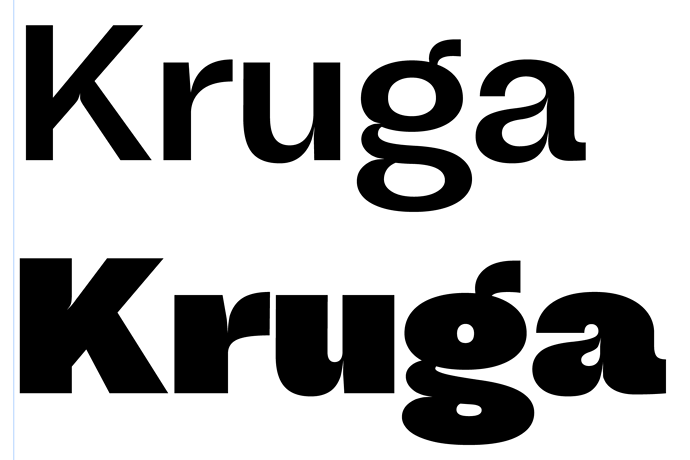 There are multiple errors:

I tried both with checking the remove overlap option in the exporting dialogue and without. I also added remove overlap as a pre filter. Both didn’t make a difference. I removed the pre filter.
Also only some Inktraps appear in the Glyphs preview, but I read that that is because of the rendering capability of the perviewer in a different forum post.

Thanks for your help,
Carl

Hi, not sure whether this is directly related, but have a look at adding anchors to your corner components maybe:

Thank you, this works very well as a security measure. For reference, I found this in one glyph: [image] Adding “left” and “right” (in addition to “origin” which was already added) worked: [image]

Otherwise, if I may permit myself, I would suggest tweaking the g somewhat – at least in a classical contrast model (which you follow in the other lowercase glyphs), the middle bar is thick and the bottom thin, currently you have the middle thin and the bottom a bit thick

Thanks for your reply! I will take a look at the post you shared.

Also, thank you for your feedback — I appreciate it. You’re right, the proportions are a bit off

Can you send me the file (by email to support at this domain or as direct message in the forum)?