Not a Glyphs specific question I don’t think. I’ve have an alphabet made from cross-stitch and then taken very hi-res photos of the letters that will make up the font.

Is this possible to do in a font editor? To use hi-res photos to create a font for a specific use? The images are typical rgb 8-bit images.

They will then be used in an app used to print out names at 1 specific size only. Any help greatly appreciated from the brains of this forum.

Yes, it is possible.

Apple supports image-based fonts (that’s how their emoji font was made), but the font can only be used in Apple devices. The manual explains how to do it in chapter 13.4 Apple Color Fonts. Also see how to use images in general in chapter 3.10 and 6.7.

Toshi is right. If you need it on Apple devices only, that is an option. There is also a tutorial about it:
https://www.glyphsapp.com/tutorials/creating-an-apple-color-font

From that chapter on Apple Fonts, the max res is 512px. At this stage I’m not sure what the end design use is exactly but I don’t think 512 will be big enough.

Can you think of another way of doing it?

Glyphs 1 used to support a thing called Photofont which you can use in Adobe apps and Quark, but the font user needs to install a plugin for them. Depending on how you are going to use the font and the supported resolution (which is probably larger than 512*512), it can be a viable option. Glyphs no longer supports it, so you need to use the tool called BitFonter. 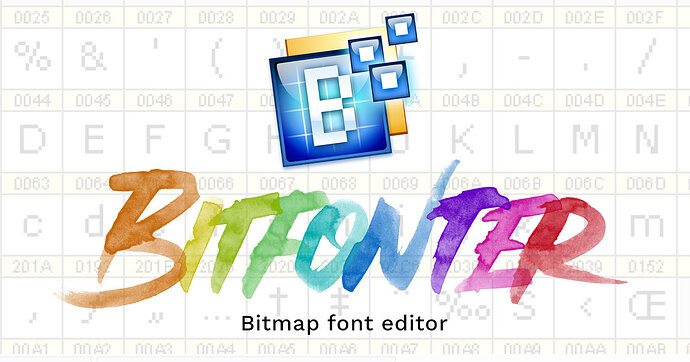 Is can provide the PhotoFont plugin if needed. The problem is that the plugins to use PhotoFonts in Adobe apps are very old. I didn’t check the latest supported version. And the handling was more like text layers in Photoshop 4 where you get a dialog with a plain text field and that would render an image like object. So no proper text flow and styles.

Ok. I have the info now.

It seems the 512x512px will be sufficient for this job. I’ve followed the tutorial:
Creating an apple colour font

I can’t work out how the kerning will work if working with layers. Is kerning even possible with a bitmap font?

You need to kern the base glyphs. You can’t kern the individual sizes.

I thought I had solved a previous issue where the kerning wasn’t displaying properly. I realised that the negative metrics on the 512px wide images was disrupting the the following glyph.

I solved this by cropping the images in closer to the character but left the height as 512px.

But now I see below something else is now disrupting the metrics again.
Screen grab of text edit: 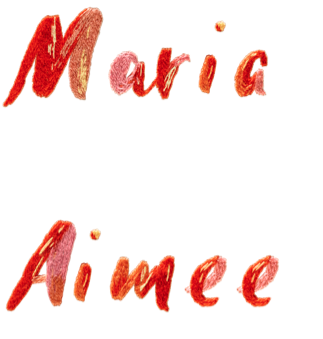 The difference I hope is obvious visually, but I can’t work out what is causing the kerning issue after the font is exported. Any help appreciated.

Can you exclude a font cache problem? How are you test installing the font? Read this please:
http://www.glyphsapp.com/tutorials/eliminating-font-cache-problems

Every version has been named differently (i.e. appending with a different letter).

Currently up to version ‘G’.

In which OS X are you testing? The implementation has changed in recent versions. And it was not always clear what caused the Mac to respect the kerning, and what it caused to not respect it when it happened. There was reason to believe that some versions require at least one other GPOS feature present in the font, e.g., cpsp. If you dig around in the forum archives, you may find something about it. In any event, there is insufficient documentation from Apple. It would not surprise me if kerning did not work at all for sbix bitmaps.

And all of your glyphs are not spaced properly. They should be fine without kerning.

I just did some test and it seems kerning is applied correctly. I tested in 10.10, Textedit, exported as OTF.

The kerning is working now.

I’ve just been having issues with the font though. It previews in Finder, works in FontExplorer, Textedit, but when I re-open the exported font into Glyphsapp there are no images or layers.

I’m just comparing my font to the Apple Color Emoji font which shows all layers and images when open in Glyphs.

It is very strange that Glyphsapp cannot preview the font that it made, but Finder and all the rest can?

I have emailed through the files.

That is because placed pixel images are not stored inside the .glyphs file. So it cannot be reverse-engineered. Why do you need that?

But they would be stored in the .ttf or .otf?

When I open my exported font in Glyphs the iColor layers are not visible. But the Apple Color Emoji ttf you can see all these layers.

If I edit the Apple font by adding a new set of A-Z glyphs without deleting any of the other glyphs it will export and open with the iColor layers in Glyphs.

If I delete anything on the Apple Color Font all layers disappear (after amending their glyphOrder).

It just seems this is causing issues when viewing on iOS 7-8 on iPad.

The starting objective of: [quote=“notanotherfolio, post:1, topic:4047”]
hi-res photos of the letters that will make up the font
[/quote]
Which ended up in a 512X512 px Apple color font… May lead you to consider a different solution with “vector-halftone” effect that can provide very close look of what you’re trying to achieve by Apple Photo font; while you can still enjoy the rich capabilities of OT/WOFF.
Such as fonts showcases via the following link:
https://creativemarket.com/tag/brush%20font

The font in question has multiple colours.

When you open Apples Emoji font, the preview you see in font view is the actual font showing the color icons instead of the gray template glyphs.