Is there a way to export a singleline font in TTF or OTF with unclosed outlines? To make a true singleline font. I’m not sure if this is clear, the font must have no outlines or any thickness. Just as it’s been drawn but in TTF or OTF. Thanks a lot for your answer to that tricky question!

No, this is technically not possible.

Why do you want this?

And, as mentioned, it just doesn’t work: 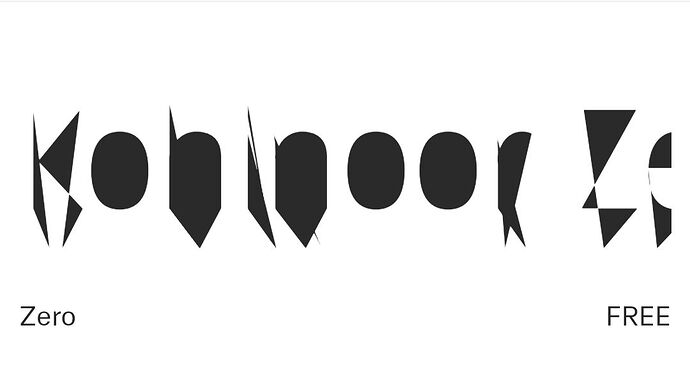 The font is made to be edited after being turned into outlines in a program such as Illustrator. It still consists of closed outlines.

What are you trying to achieve?

That could be a requirement/solution for a project. What I’m trying to achieve is to make an engraving font without any thickness, not even one unit. And having outlines perfectly overlapping would not do the trick either as the engraving machine would draw the outlines anyway.

Thanks for the hint! Though it works if you do the engraving yourself, but this trick would not solve my problem unfortunately

Have you checked here ?

I’ve seen several threads here about how single line fonts are not possible but I was just shown Relief SingleLine which has a solution for exporting OTF-SVG fonts to create a usable single line typeface. In the comments they mentioned a script by Frederik Berlaen which hasn’t been released yet. I’ve seen @GeorgSeifert mention a SHX font exporter, is this available yet?

Yep, thanks a lot, I saw that already, that’s impressing but I’m not sure that it would work in my case My main concern is that I don’t have control over the engraving machine and there’s a possibility that not every engraving machine will consider this trick.

‘For engraving’ is too vague. From what I have gathered, there are different machines requiring different input. It was always hard to get feedback, and there were never specifications. There appears to be no standard AFAIK.

You might be able to dig up a specific solution in an old thread. It required an engraving app that used the PS outlines in a repackaged OTF (IIRC it just had a different suffix). In short, the closed/open status of a path is not stored in the compiled outline data, so it depends on the app that interprets the paths. So, export the font without overlap removal and rename it accordingly. That will work for that combo of app/machine.

There was another engraving workflow I was once confronted with that required EPS. For that, there is the EPS export plug-in.

Thanks a lot everyone, I know it’s vague but I can’t say more than that since I’m not gonna be the one using the engraving machine. Once project is over, I’ll remember sharing what I learned from it since this is quite a tricky topic.