A client of mine is trying to print one of my fonts and has weird results. The image shows a print from a windows system using the default driver (top) and a HP driver (below).
The client says the issues are the same on a Mac system but I don’t have any images.
Has anyone run into a similar issue? Any help would be appreciated. 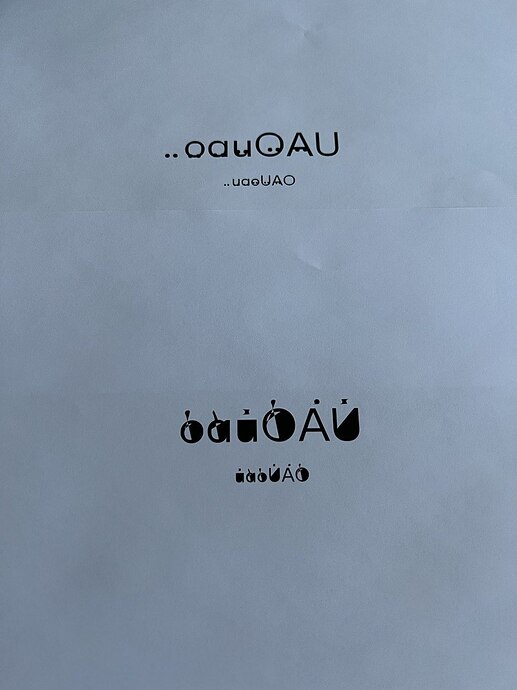 Is the dieresis build from components? And does what outline format did you use for those fonts?

Yes, the dieresis is built from components. I gave them otf and ttf. I guess they are using the ttf’s now.

Sorry to bother again. Any idea? The client says it’s working when they convert the OTF’s to TTF’s with an online converter. Very strange.

This is the same issue as disused here: Component-based glyphs jump around in print - #27 by GeorgSeifert

Hi @mekkablue , actually I didn’t use TTFAutohinting (if you mean adding a custom filter in the instances). Is there a tutorial for how to set up the TTFAutohinting settings right? I always thought the PS Hints will magically be reused when saving a TTF.

When you export as TrueType and enable autohinting, it will us ttfautohint with default settings.
PS-hints will not be used for TrueType.

Ok, thanks @GeorgSeifert. Good to know! Would you say those .ttf’s with default autohint settings are as good as the .otf’s in reference to hinting on the latest computers and operating systems?

This question is too general to answer. Which OS and which app?

Gist: On Apple hardware, hinting information inside the font is largely ignored, except for Adobe apps, which support PS hinting well, TT hinting to some degree. Windows supports TrueType much better than it does PostScript-based fonts. Most versions of Android use FreeType rendering, which can both ignore the hinting information inside the font or use it, and if it does the latter, TT rendering results are more consistent. Recent versions render PS more or less the same way as Adobe apps.

thanks @mekkablue for the great insights! I’m talking about the desktop and mobile OS’s from the last two/three years.
Well, basically I’m asking myself if I should hire somebody to do manual hinting (PS and TT) or if autohinting (.otf and .ttf as I do now) will do the job 99% of the time. I’m not talking about OS’s from 10 years ago or old windows versions or other edge cases.

I would try the fonts in all the environments the font is intended to be used. Only if you find problems, you need to do manual hinting.

Ok, that’s a good solution! Thanks