After updating new macOS Remix Tools does not working anymore

Do you have the latest version of the RMX tools?
This has nothing to do with the other issue.

This error message is unrelated to macOS Catalina.

It seems you are using an outdated version of RMX, which stopped working since Glyphs 2.5 (due to a change in the API).

You can get the latest RMX version here:
https://remix-tools.com/glyphsapp/update/full

Don’t forget to restart Glyphs after updating the plug-in!

I have tried this version as well. At the beginning I got those messages: 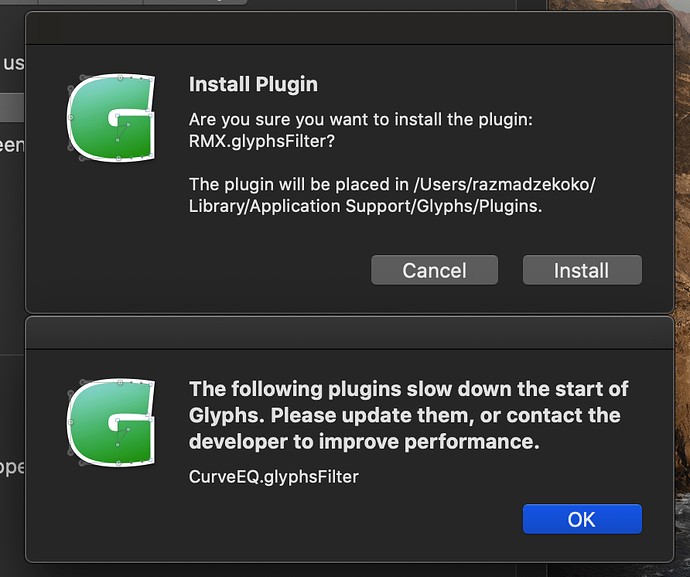 Now you have hit the Catalina-specific problem.

They key is NOT to overwrite it.

Getting rejected plug-ins to work with Glyphs on macOS Catalina

I had a few customers reporting that RMX was rejected by macOS after upgrading to Catalina. Strangely, I did not manage to not get RMX to work with Glyphs on Catalina (even though I installed a fresh Catalina on an external hard drive to make sure no “accepted” flags are set for the binary). Anyway, after playing around with how to get other rejected plug-ins to work, I think I found the right recipe (and this was confirmed to work with RMX as well): When the system complains: do not move th…

You made my day!
it’s working now