Did it used to be possible to change the canvas colour - including foreground and background layer’s canvas colour? I went to look for the option and it’s gone now.

I need it because when I’m working past sunset I have flux/‘night shift’ on which makes everything redder and at that point the foreground and background layer’s canvas colors are too similar. 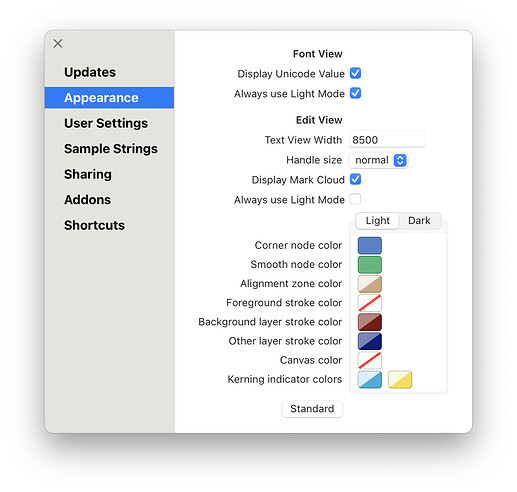 There is currently no UI for the background layer canvas color but you can change it by running the following code in the Macro Panel:

You can get those #xxxxxx color values using a tool like color.xgc.io.

I don’t seem to be able to set the canvas colours. Right now both foreground and background canvas colour is white, which is very confusing. I’m on the latest version of Glyphs on a Macbook Air m2 using Monterey. 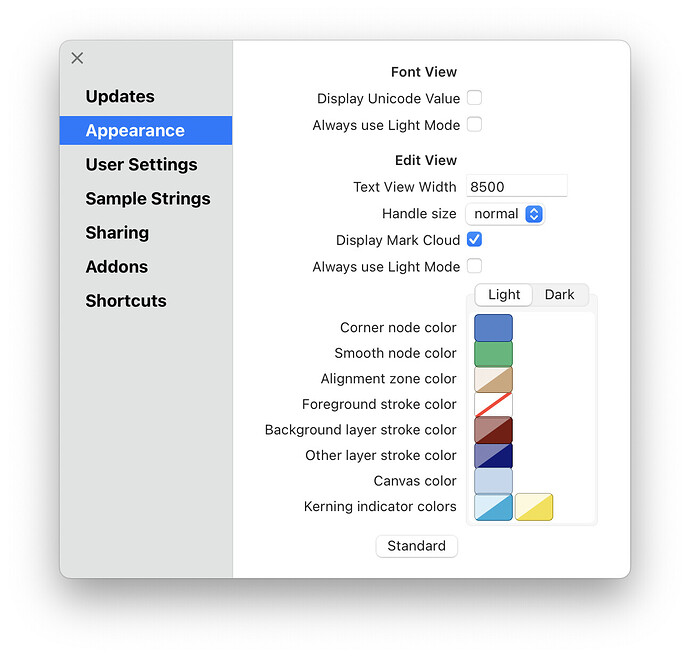 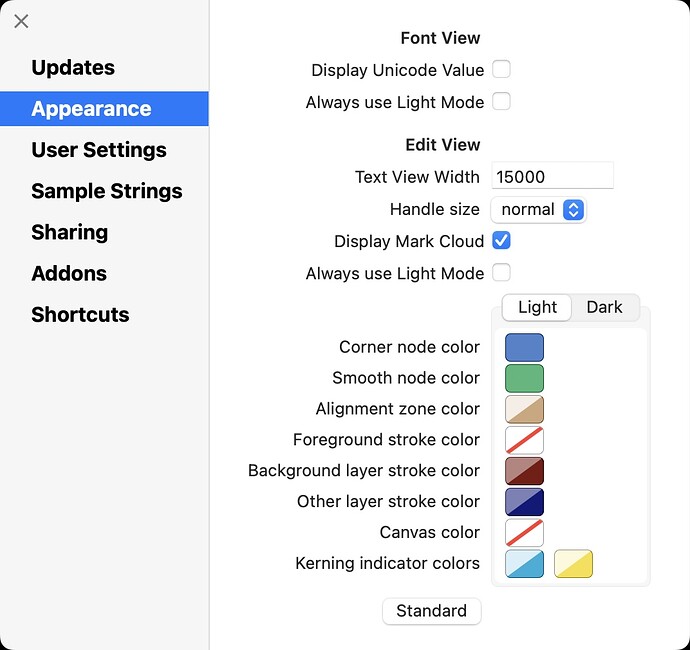 What happens if you change the second bottom one?

It changes both foreground and background to the same colour.

Here’s a screenshot of changing the canvas colour to orange: 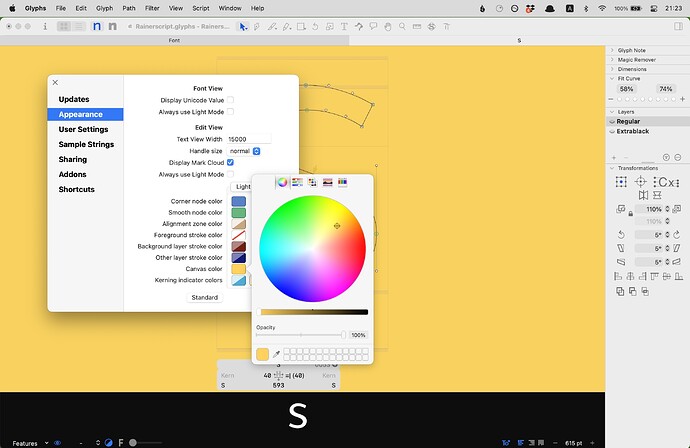 Looks good to me. What is missing?

To get a truer orange one needs to get more red into the mix. The color shown is more in the gold range.

Hi Florian, If I set the canvas colour this way, both foreground and background have the same colour. I want the foreground to be white and the background something different, so that I have a visual clue to where I am editing.

The foreground is still black in your screenshot, not orange. If you want, you can change the foreground color separately with the Foreground stroke color setting in the Appearance preferences. Or maybe we are talking about different things? Could you draw a quick mockup of what you want your Edit View to look like.

I have the same request. When night shift is active, foreground and background colours become really hard to tell apart. It would just need another line in preferences so we can make it darker 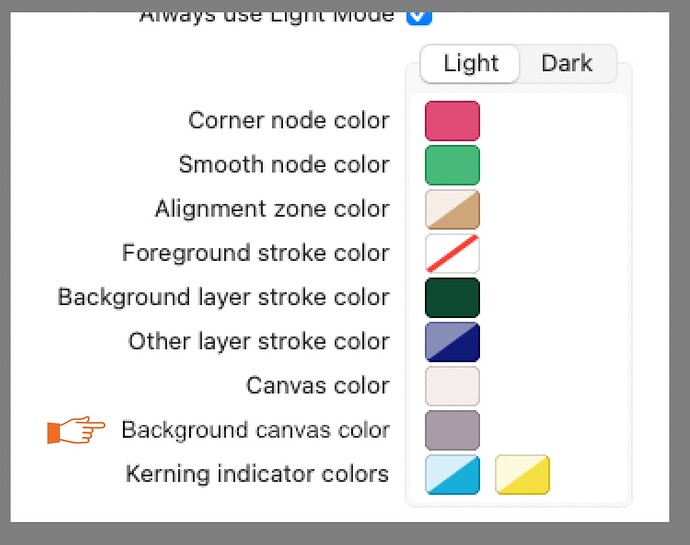 To change the color of the background layer, have a look at the post above:

There is currently no UI for the background layer canvas color but you can change it by running the following code in the Macro Panel: Glyphs.colorDefaults["GSColorBackgroundCanvas"] = "#ff00ff" Glyphs.colorDefaults["GSColorBackgroundCanvasDark"] = "#ff0000" You can get those #xxxxxx color values using a tool like color.xgc.io.

yeah but like you say, without an interface we need to find some other way to get the hex values, not very user friendly. And in my experience, using macros to change stuff doesn’t stick when updating Glyphs. (at least that macro that shows overlapping paths in G3 like in G2 hasn’t stuck after updates, and i can’t find the thread where somebody had written it) Why not just add such things in the UI?

And in my experience, using macros to change stuff doesn’t stick when updating Glyphs.

In general, defaults set via the Macro Panel stick around. But, they are not as future-proof as options that have progressed to get their own UI. This is how new options are often introduced: As a hidden user default first so that people can try and if it proofs to be generally useful, it should get a UI sooner or later. The same applies to the background layer color.

(at least that macro that shows overlapping paths in G3 like in G2 hasn’t stuck after updates, and i can’t find the thread where somebody had written it)

That would be the following:

It is meant to give you a preview of the outlines as they are when overlap is removed. Specially with small details like this, you will get those distortions on export. If you really need to, you can run this in macro window to disable it (you might need to save, close and re-open the file to see the effect). Font.previewRemoveOverlap = False

It’s set per font, not globally for the app. That might be why you are not seeing its effects on new font files.